this is how everything started...

Welcome to the place where we are going to gather the stories of our dear co-players, our partners in this playful adventure!

Once upon a time, right in the middle of a land shaped like a boot, stood a beautiful town, surrounded by rich and lush nature. It was such a beautiful place that its inhabitants started to think: "Why should we go wandering around when we already have everything we need right here?". And so the time passed and rumors started to spread, passing from father to son, generation to generation, about some dangers hidden outside. People completely stopped venturing outside of the old stone walls, holding only a very faint memory of what they were hiding themselves from.

However, not everybody was scared. Somebody was restless.

A small group of young inhabitants earned in town the nickname of Mind Travelers, as they were often caught dreaming of all those worlds described in the books, across the forest and beyond... until a moment came when they felt that dreaming wasn't enough anymore. One day they took the courage and ventured out of the medieval walls. They couldn't believe their eyes:
how many interesting people, how many new things to learn! They hurried back to the town, eager to share with their family and friends the treasures they found in the worlds they visited. At first nobody seemed to be willing to listen to them, some people were skeptical, others were afraid... but slowly few approached them, driven by the curiosity to know more.
​
Soon people started leaving, traveling and coming back with the most amazing stories. Stories of growth and wonder. Stories that would inspire them to go ahead and change what they didn’t like, to improve, to imagine, to create. More stories were told, more people started to find the courage to change and venture out as well... and more people started to arrive, from outside, to visit the town!
That's when the Mind Travelers truly discovered what a powerful tool stories could be: they allowed people to voice their truth and build relationships, moving people around, physically and emotionally... and they understood that this needed to be their mission. They teamed up together and created a reality devoted to show people the paths they discovered, accompany them to visit the outer worlds and make sure they always had a place where they could tell and listen to stories, growing together and inspiring each other.

Asimina and Yiannis (founders of Challedu) have always had a beloved friend: their imagination. As the years passed, Giannis decided to become a researcher and teacher and Asimina an architect.

They lived in different lengths and breadths of the earth and whenever they met, they were always accompanied by imagination. How amused they were by each other’s company ... 5 years ago they decided to return to Greece for reasons that do not concern this story.

​Since they have always loved toys and games, they decided together to make a better world using their imagination. So, they founded Challedu where they try through the game to realize their dreams for education and society. Today, 4 years later, together with their team, they continue to lead the way in researching and creating game- based solutions. 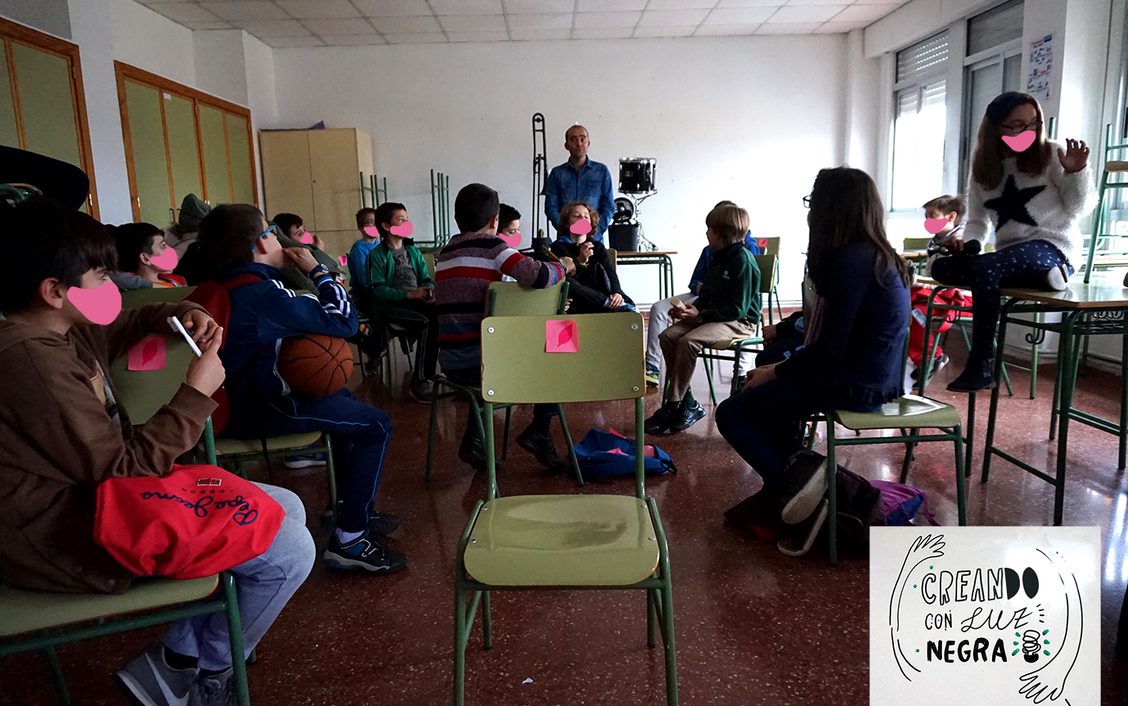 Idea to create La Trans Educativa came to us on a sunny and windy day in the science park of the University of Murcia where young entrepreneurs meet, experience grows and innovation takes place. We used to go there a lot mostly because we loved their Foodtopia canteen, a culinary innovation project that promotes ethical eating and uses technology that allows cooking with low energy waste. We felt inspired by that place! It was a meeting point where new ideas could germinate!

One day, a bit tired of the usual space full of tables and chairs, we decided to go out of the box and to have our lunch in a different scenery. We went to eat in a natural area full of ​​trees with a pond with fish that is inside the University complex. The magic happens when you dare to take the “other” way, even if doing so means something so simple. After eating, I remembered us looking at the trees, talking about how they are interrelated and how every part of them is important. Suddenly we began to imagine how we could bring our skills and ingenuity as art educators to this world, to be noticed and feel empowered as eco-social role models for society. We wanted to bring our creativity to everyone, under the belief that anyone can be creative. We recognized our value on that day, mirroring the trees.

That day La Trans Educativa was established. With time we built an association that brought together artists and educators and where conscience, care, creativity, relation with nature, innovation and crafts are united. La Trans Educativa is the foundation through which we empower local community and open ourselves to new opportunities and ideas.
​
Our story, as the trees we admire that day, is still growing ;) Slowly but secure. See you at the nest! 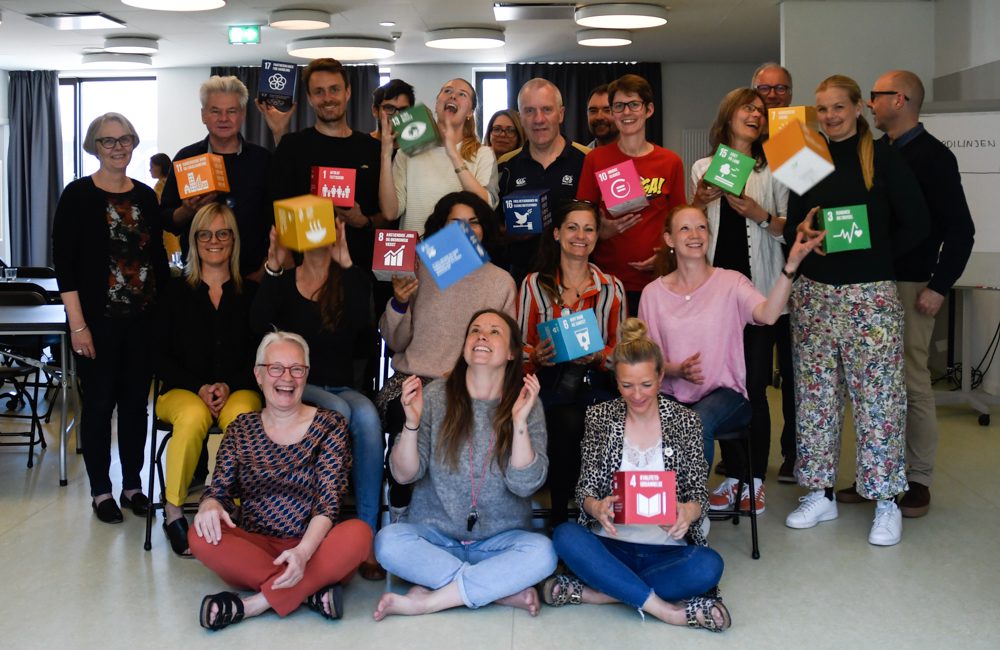 ​Once upon a time in the year of 2013 two professional acquaintances, Louise and Nicolai, began to talk about how they could contribute to the ongoing development of the Danish school system. Louise was a “queen” of innovation and Nicolai a “king” of entrepreneurship, or in other words they had years of experience in being a leading figure in their respective, yet highly related fields.

They both had discovered a problem with the system and for that reason they had a common quest. They wanted to ”open up” the Danish school system. For years the system had a tendency to consist of teachers that developed magnificent professional course material and courses and applied these on their own like a private practitioner, and for that reason they were not sharing their work with other teachers, at least only in a limited scope. The goal for Nicolai and Louise therefore became to make the schooling system more prone to apply open source approaches to teaching. They began to question: “How can anybody develop the Danish school system, if it's more closed source than open source?”

Yet one day they got an idea! What if the teachers filmed their practices and shared those recordings which they found was particularly good teaching practices. Inspired by the American initiative “TeachingChannel”, Nicolai and Louise began to fundraise for the project. They wanted to initiate a similar yet Danish online community where teachers could watch, share, and learn diverse techniques and thereby help each other and not least help every student grow. They applied for money from the Ministry of Education and initiated a pilot project.

At first they coordinated efforts to develop a prototype for sharing practices within the Danish School subject ”Craft and design”. During that pilot process, teachers saw videos and commented on each other's approaches.

Then a time came when the money ran out and Nicolai and Louise had to seek other possibilities for funding. They then applied for funding from the A.P. Møller fund. They were at that time backed by 60 public schools, 18 municipalities and 5 vocational schools. They felt they were on to something and they worked very hard and persistently to make the video community happen.

One day the letter came from the A. P. Møller Fund and to their surprise and sadness, it was a rejection letter. Louise and Nicolai had fought for a long time now to make the project happen with earning any money. It became a matter of survival. While Louise went onto other endeavors, Nicolai continued to think about how they could still make the project happen in a different way. So he began a collaboration with the municipality of Vejle and they developed a peer-to-peer-practice based on a video-ethnographic method. The method was translated into a guide and a concept and suddenly magic began to happen.

Next, Nicolai began to collaborate with Frederiksberg municipality. They developed together ”Actions for Sustainability” (https://aktionverdensmaal.net ). Today three municipalities in Denmark and two municipalities on Greenland have implemented ”Actions for sustainability”, in training courses in which the trainers (teachers) afterwards guide their students through an entrepreneurial and creative course with the goal of contributing to one or more of the UN goals for sustainability.
​
In 2020 Nicolai and a teacher, Anne, decided to collaborate for the realization of the European Erasmus+ project “Youth for Youth – Collaboration for Innovation” (YfY). Anne was a teacher and advisor of second language youth at one of the new educational institutions in Denmark called “FGU”. FGU stands for preparatory basic education and provides alternative basic schooling options to youth who haven’t managed to finish their exams for a vast amount of reasons such as not thriving in the normal school system or being a late arriver in the country. Anne however had become part of the application process for YfY, yet her school found that they did not have the resources to take it on. Nicolai and Anne however gathered forces and made it possible for the project to become a reality also in Denmark.